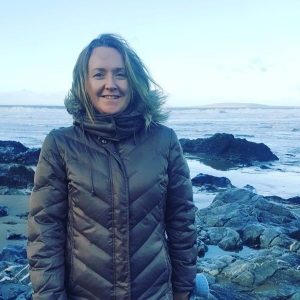 From Killeshandra Co. Cavan to the Sundance Film Festival Utah with stops in
University of Ulster Belfast and UCD along the way. My journey so far has been eventful and rewarding in equal measure.

With Zanita Films at Ardmore Studios, I worked as a Production Coordinator on large-scale service commercials such as Guinness “Tom Crean” for Radical Media, Guinness “Christmas Card” for Nice Shirt Films and “Adidas Jonah Lomu” for RSA. In 2002 we attended the 74th Academy Awards in LA with the short animation “Fifty Percent Grey”.

Diva Media was born in 2004 from my desire to foster creative film collaborations. I’ve Produced several award winning short films, not to mention working with the likes of Neil Jordan and Juanita Wilson to help them to deliver their features over the line.

I love my work and I feel privileged to have worked with some of the best in the business.

I live with in Bray, Co. Wicklow with my husband and son.